I've been preparing for this post for a while. As I wrote last year GP is now home to a few food carts. The main one being Sàigòn Xích lô. This cart caused some controversy and brought more carts with it. The city council ended up changing the rules a bit. Carts can no longer park on the street so they have to rent a spot on private property.

Sàigòn Xích lô is still going and now parked at the corner of 7th and D. Some of the other carts I mentioned last year have disappeared, but this year brings more carts and the new "cart pod". The pod is at the corner of 6th and K and has 4 carts. 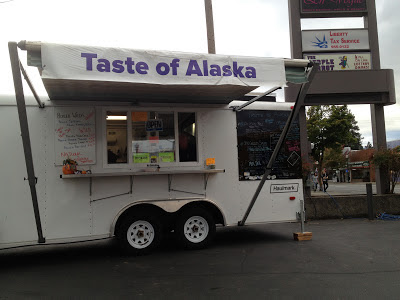 This cart was around last year. I've gotten a chance to try his WTF burger. Its kind of like a hot pocket. Other items on the menu include sushi made with pickled fish, King Crab chowder, and fish tacos. 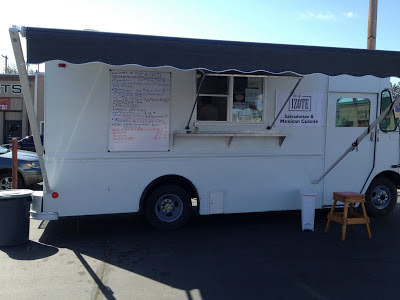 This cart has Salvadorian and Mexican food. I tried a burrito and it was pretty good. I imagine the rest of the menu is pretty good as well. 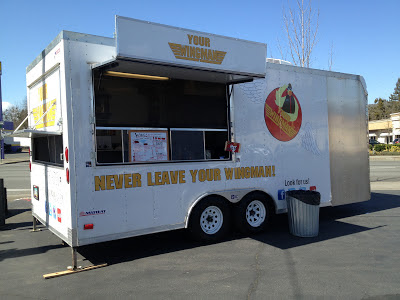 This cart of course sells chicken wings... and I love chicken wings. Lots of flavors to choose from. I'll have to try a few more before I decide which is the best. 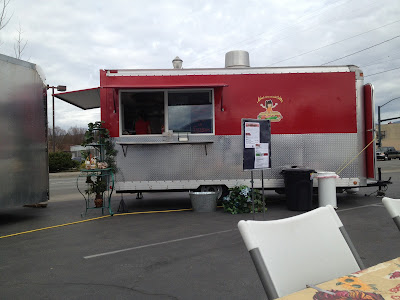 I haven't tried this cart yet. I've heard good things about the hamburgers. They also have sub sandwiches, and it seems like they have some other Italian food. I'll give it a try soon if I can.

If anyone knows of other food carts in the area let me know. I should have all sorts of time to check them out.
Posted by blazerfan at 10:06 PM
Labels: Food Carts