I thought about stopping this tradition and letting this old blog slip away into the murking waters of forgotten internet where old blogs go to die, but here I am with one more yearly update. Just as a tribute to a couple of fine geocachers we lost in 2021. Kelly aka BIGGIEET_AL and my aunt Diane the second half of Duck-n-Deedy.

Kelly was the first geocacher I ever met in the "wild" and we had a lot of great adventures together. I don't know how many caches we found together but he was with me for a couple of my biggest days. The last geocache I hid I named after him, "Kelly" Bigelow Lake partly in tribute and partly as a jab that I knew he'd probably never go look for it. It had been a while since I had seen him, but I imagined I would again. Gone far too early.

Here's a nice picture of Kelly logging a cache while DaveyDude examines some trade item. 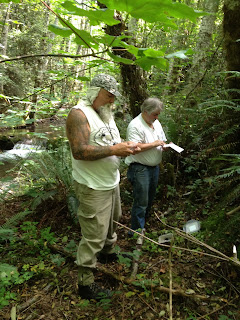 Aunt Diane I have known my whole life, and with Uncle Duck we also found many geocaches. It's hard to imagine she's gone. The last facebook message I got from her was about Kelly's death. Her favorite part of geocaching was probably our pizza events. Again gone way too soon. 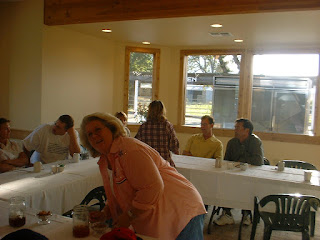