Yesterday was Columbus Day, and that means a day off for me. Some people don't think Columbus should be honored with a holiday, but I disagree. I'm an equal opportunity holiday taker... I'll take a day off paid in the name of just about anyone.

With the day off I called up my uncle Duck to see if he was interested in picking up some new caches. Mainly I wanted to get a new cache called Tombstone. This cache is in and old tombstone quarry recently discovered in Josephine County. It is an interesting place with several stones in different stages of completion. A tombstone quarry also makes for a perfect October cache. 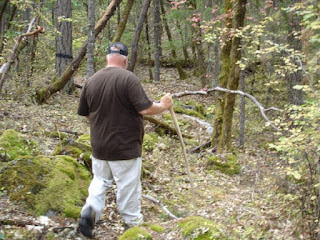 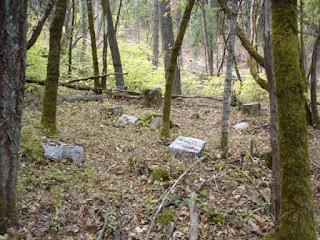 Posted by blazerfan at 9:39 AM