Its been a couple of months, but I felt I should come back and finish my posting on Alaska.

I'd never been on a cruise before so I tried to pick up all the advice I could. All I can say is that you should go how you'd like to go. We got this cruise for my Mom's 70th birthday because we've talked about Alaska so much.

I booked Carnival despite a lot of warnings not to. Warnings from people that had never cruised with them. Carnival has kind of a reputation for being the cheap party cruise line. The first part is true, Carnival was by far the cheapest, we got a balcony for about the price of an obstructed sea view on other cruise lines. As for the partying and wild children there was little to none as this was a late May cruise to Alaska.

Now one thing about Carnival I will say is I was not impressed with the food. Maybe other cruise lines are better because I'm always hearing about the food. Carnival's buffets were OK, but certainly not great. And they weren't open long. The dining room was much better. I'd probably stick to that exclusively if not for formal night and such. I have no desire to dress up on vacation.

Started the trip in Seattle. It was an interesting day of getting on the ship. It is a big undertaking to get the ship loaded and ready for a week

Day 1: A fun day at sea. I can't think of much I did. Eat, look at the ocean, wonder around the ship

Day 2 Juneau: We got into Juneau a bit late and then had to tender off the ship. This was our first cruise and first port so it was a bit confusing. Once we were off the ship we went right to the Mount Roberts Tramway. This took us up the mountain were we looked for our first cache

We ran into some other geocachers and had a good search before finding it well hidden.

Back in town we didn't really have time to go to the Mendenhall Glacier like we wanted to. Instead we looked around at shops, the Capital Building (under renovation) and found one more cache 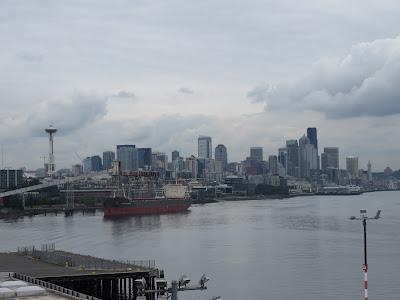 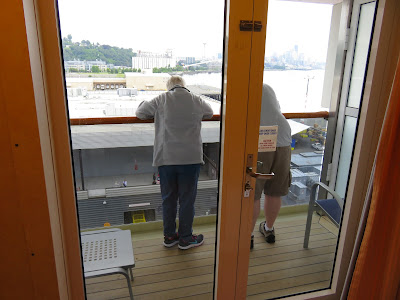 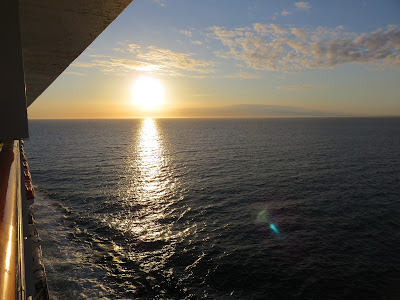 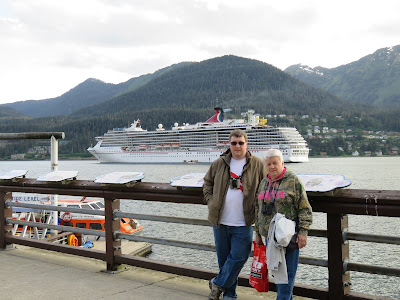 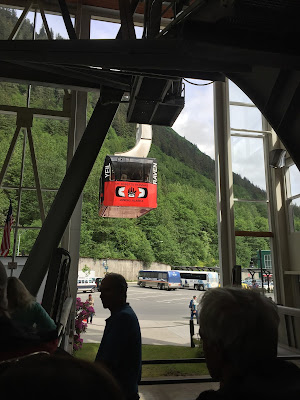 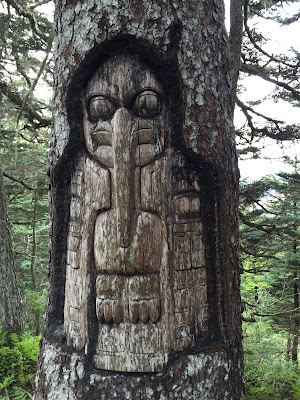 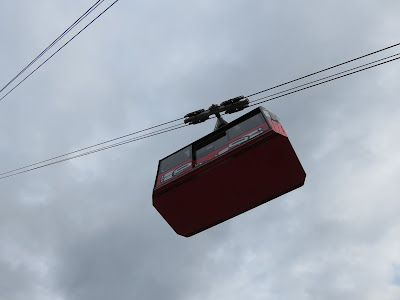 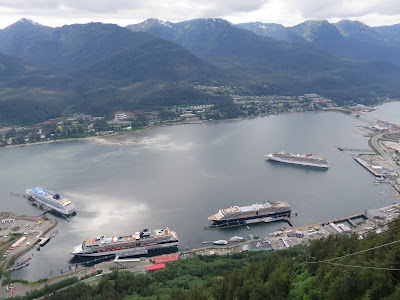 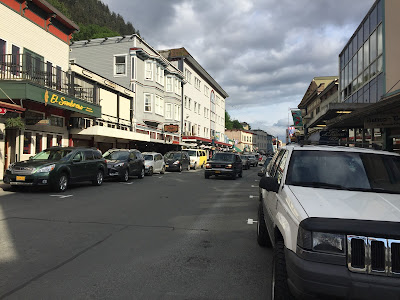 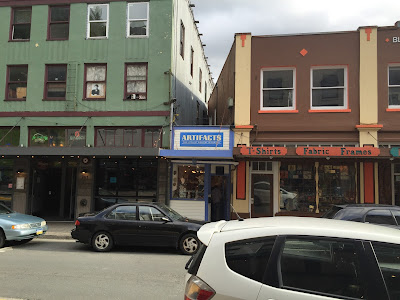 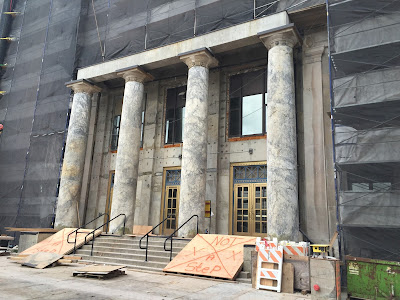 To be continued...
Posted by blazerfan at 10:09 AM
Labels: Alaska, Geocaching

We took a Whale Watching tour in Juneau that was incredible.