Comic Con was in town today. I have never been to such a thing and never really thought about going to one. When I saw that it was happening though I thought it would be fun to check out all the people dressed up, see some of the celebrities even if at a distance, and see what was for sale.

As far as what was for sale. Comic books obviously, lots of toys and some expensive artwork. I didn't see much I couldn't live without.

The people dressed up were kind of fascinating. Some people seem to be there just to be seen in their costumes. I'm proud to say that I must not be much of a geek because I didn't know who half the costumed people were supposed to be.

And last the celebrities. I saw Adam West, and Burt Ward. Then there was Elvira. I never did see William Shatner. Peter Meyhew who played Chewbacca in Star Wars, and Billy Dee Williams (Lando Calrissian) were there.

I've long been a Star Wars fan so when the line died down I went up, picked out and 8x10 photo and got an autograph from Billy Dee Williams. He seemed nice enough. I was going to get Peter Meyhew's autograph but he had left for a while and didn't come back before I decided to leave.

Another Celebrity was Sara Jean Underwood. She is a fellow Oregon State alumni, and was the 2007 Playmate of the Year. I couldn't resist meeting her. 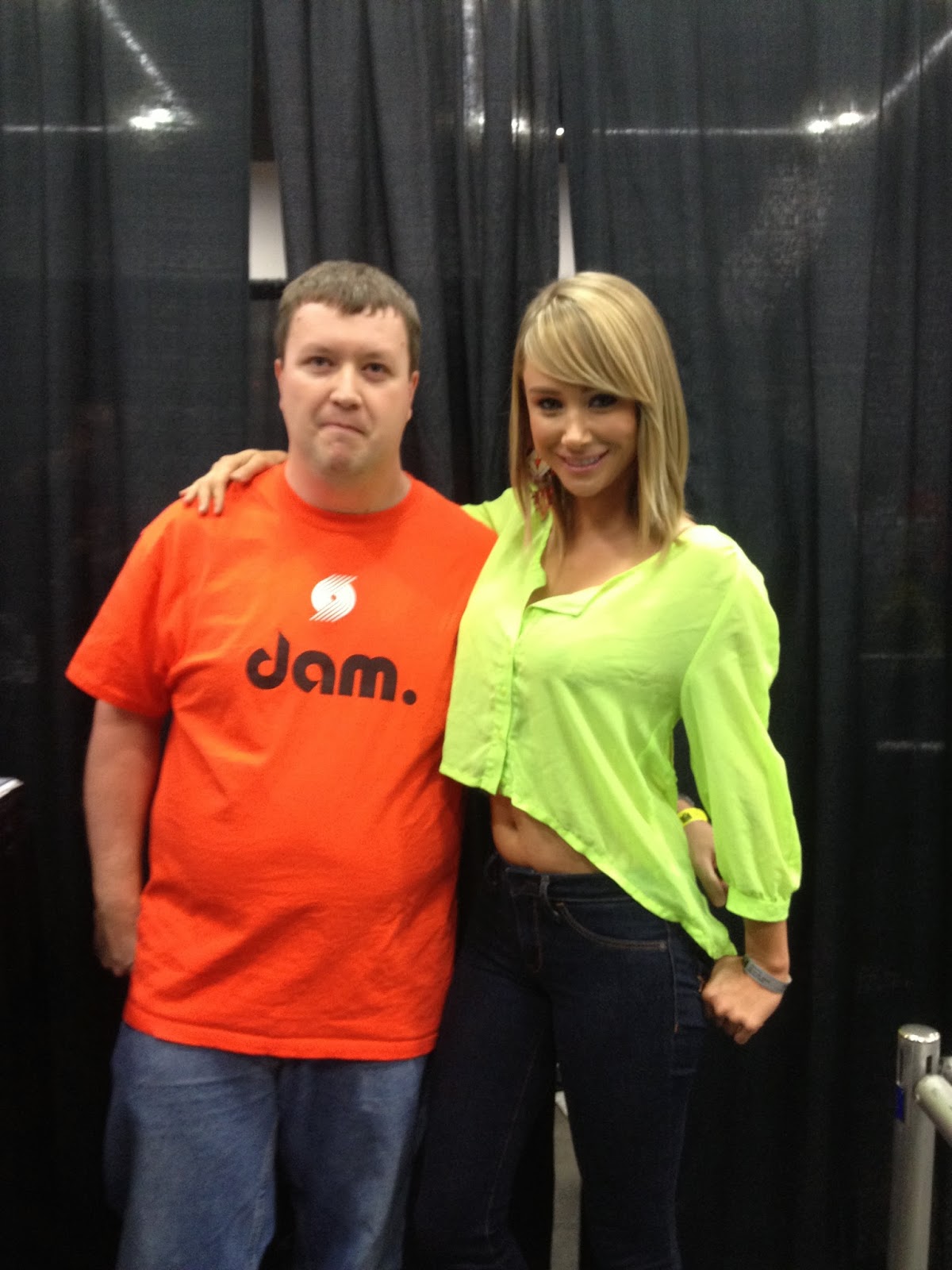 Sara was super nice and even talked a little Trail Blazers.

After I left the convention I went downtown for lunch. I tried a grilled pizza at Pulehu Pizza.  I think I have found a new favorite cart. This is a must try in my book 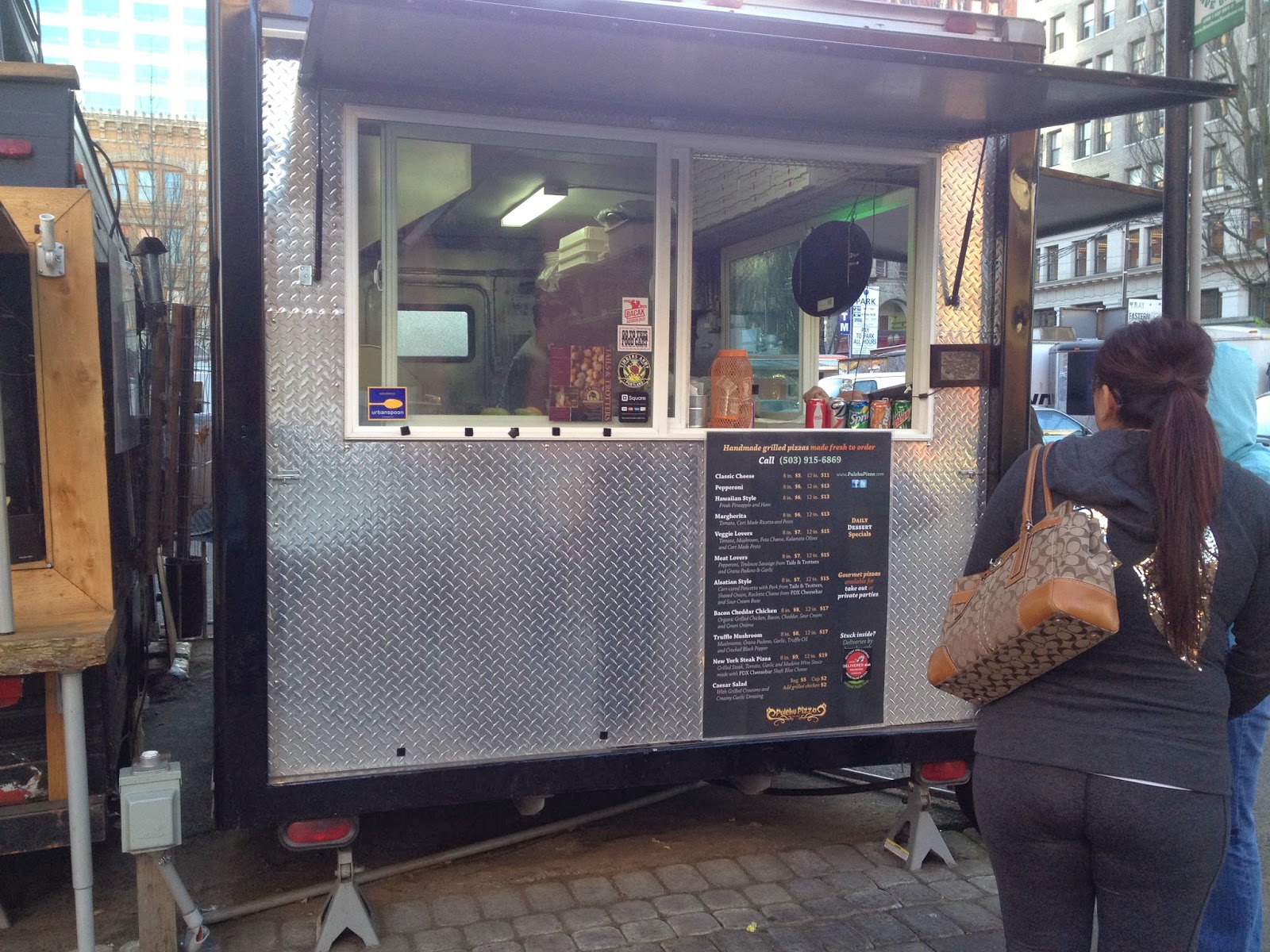 And then the Blazers won tonight... overall it was a really good day.
Posted by blazerfan at 12:18 AM
Labels: Food Carts