Yesterday I left off with finds near Jordan Valley. After we went out to Three Forks we made a trip out to Leslie Gulch. Some of the best scenery in Oregon out there. 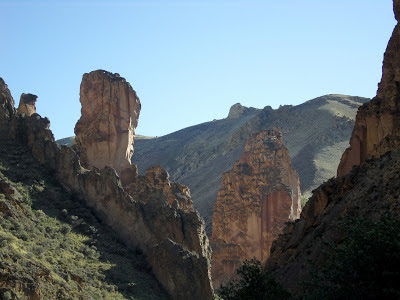 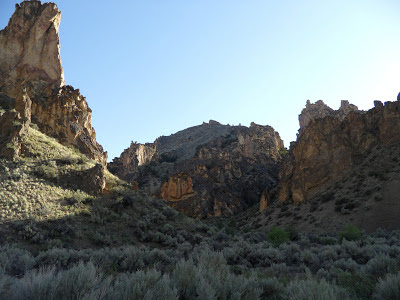 Just one find out there as well despite a few being available.

After that we went to Farewell Bend State Park. As I recovered from my sun burn I didn't worry about geocaches. Though I did look for one in Huntington that was missing.

Leaving there my sister and I took off for John Day. We visited some old family friends and then went to lunch at the Dayville Cafe. The Cafe is run by some friends of mine who moved from Grants Pass. I worked with Deanne for many years at the bank so if you go out there say hi for me. 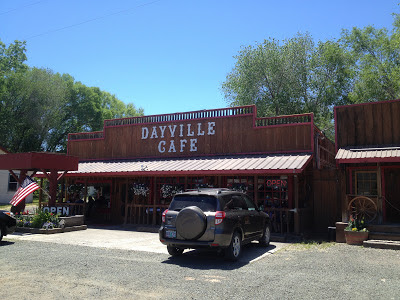 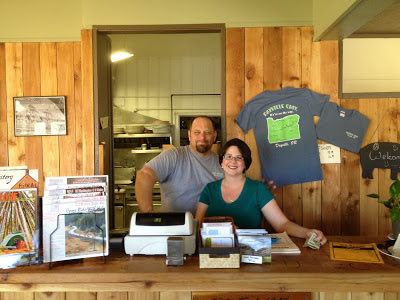 After lunch we went out to the Painted Hills. This is part of the John Day Fossil Beds. It is a pretty amazing place to see. 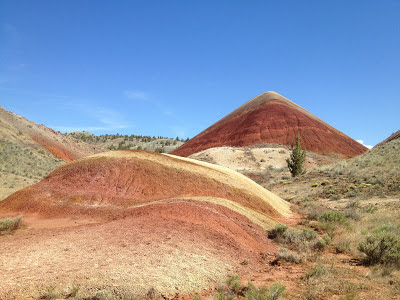 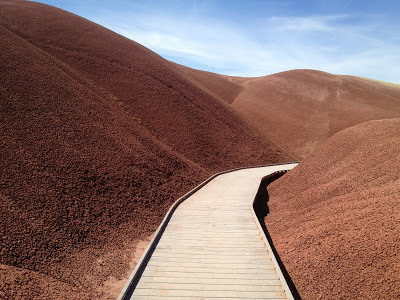 My last geocache came later that night when I finally went out to the Redmond area to get the Final for Counting Counties in Oregon. I completed the challenge in 2007 so I might hold the record for the longest time between completion and find.
Posted by blazerfan at 6:05 PM
Labels: Geocaching