Well a lot has gone on over the last few days. May 15th was my last day with the bank after over 10 years. So I've been unemployed just over a week. On Tuesday I made the drive up to Burlington, Washington to talk to a small bank about a potential position. I spent Wednesday talking to people at the bank and exploring the area, and on Thursday I drove back.

You shouldn't take pictures when you drive 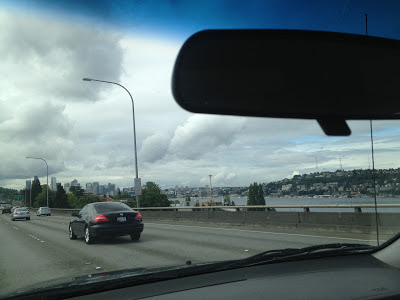 The job itself sounded perfect. The town and location were pretty nice. But it is a long ways from family. I'd have to rent my house which would probably mean spending some money to fix up the yard, and buy a new dishwasher.

Well anyway no matter what I decide to do what really matters for this blog is that I did take the time to find a few caches.

Just a couple rest area caches and an easy one in Burlington. I think that each one extended my furthest north cache. It was raining for a lot of the trip or I could have grabbed a lot more. That would be one thing about moving north... lots of new caching territory.

Since it was raining and I've wanted a good one fore a while, I stopped at Cabela's and got a new rain jacket. I went with tan 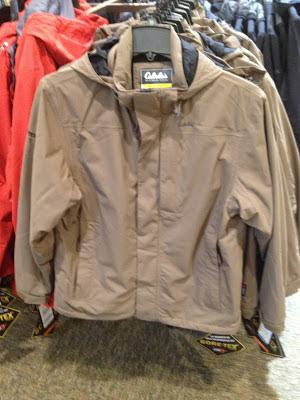 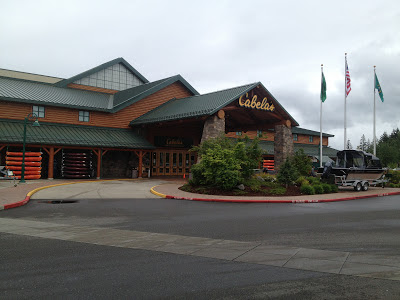 I also took a side trip out to Deception Pass. This bridge should last for a while. 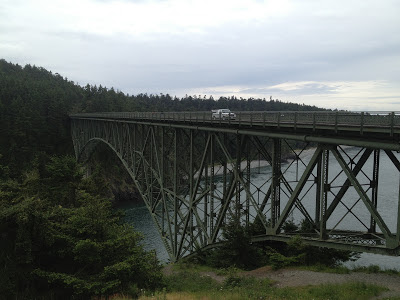 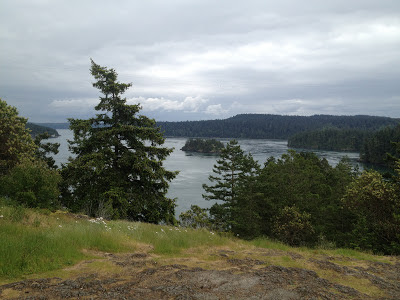